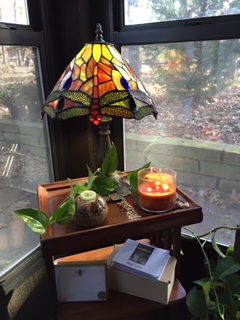 It’s only been 2 weeks since I posted here about the possibility of turning my first mystery, Cobwebs, into an audiobook. Here’s what has happened since. Exciting!

I have to admit I was skeptical of the audition process. For two reasons.

One, I didn’t believe anyone would audition. Period. Because I’m not a well-known writer.

Two, I didn’t think anyone would get the voices right. After all, I know these ‘people’ better than anyone, and how could someone else ever sound like Jamie sounds, or Sam, or Trudy?

I considered producing the book myself, but that meant finding a sound studio and paying a fee to rent the studio. That also meant refining each character’s voice myself. I found plenty of tips about developing these skills, and perhaps some day I can, or will, but not right now. Maybe I’ll start out by narrating some short stories. But that will be another day.

So, no one would audition, and no one could sound like my people. Or so I thought.

I was wrong on both counts.

And the third woman who auditioned to be my producer/narrator sounded just like Jamie! She auditioned once, and I made suggestions. She sent another audition, and it was even closer to getting my characters right. I had no doubt that with more practice, she’d be right on target with every single character. (There are 12 voices in Cobwebs, six men and six women.)

I offered her the contract, and she has accepted.

The woman who has agreed to produce my book is a singer/songwriter who ‘does’ voices on the side. She lives in Tennessee, is intelligent, has a pleasant voice capable of adding a slight Southern lilt to the voices when needed, or curbing it all together. I am very excited about working with her.

So, the process has begun. Over the summer, we will work together to get the book recorded to my specifics, and then ACX will perform its magic and make the book available to reader/listeners. Our contracted completion date for the recording is September 1.

Stay tuned for more about the ACX process in the coming months — and more about my other projects later this week!