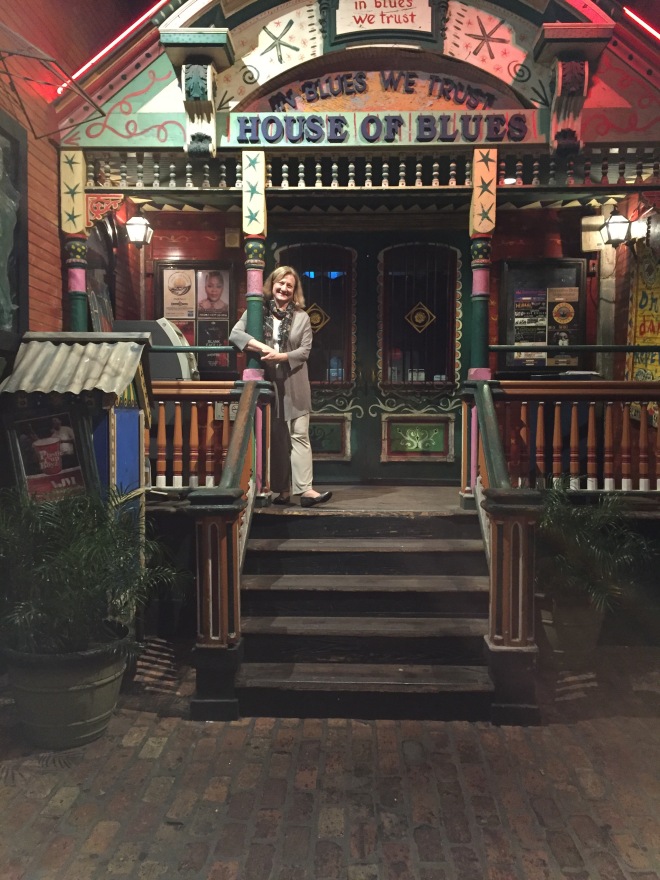 Can you imagine being at a private party hosted by Heather Graham at the famous House of Blues in New Orleans! Only ten days ago, I was!

This famous jazz venue was taken over by mystery readers and writers on the final night of Bouchercon 2016. But before I get to the details …

Day 3 was jam-packed with panels, just as the previous two days had been. My morning began early, with a 7:30 a.m. breakfast meeting with all of my Sisters in Crime (a national organization that IS open to men!) We all received a fantastic report that included information SiC put together from surveys about writing and publishing. I’ll be sharing tidbits in future blog posts. It was so fun to meet so many accomplished writers, as well as the up-and-coming, like me (I hope!)

I attended two morning panels. The first one was called: Killing Time: Some Folks Just Need Killing: All About Vigilante Justice. John Gilstrap moderated the panel, with Revis Wortham, Max Allen Collins, Joseph Finder, Stuart Neville and Zoe Sharp as panel members. All of them write about vigilantes rather than typical P.Is, detectives or police. One vigilante is influenced by a ghost. This panel really got the wheels of my mind turning. Could be there is a vigilante protagonist in my future!

My second panel was: Thrift Shop: Ideas Come From the Weirdest Places, moderated by Lori Rader-Day and featuring Henry Chang, Alex Grecian, Carolyn Haines, Brian Thiem and Karen E. Olson. I loved hearing about these author’s books and where they get there ideas. As far as coming up with a list of resources for ideas, writers get ideas – everywhere! News headlines, overheard conversations, television shows, dreams, old photos, locations when on vacation, other books, magazine articles, children’s questions, song titles and lyrics, etc., etc.

On this last full day in New Orleans, some of us decided we HAD to see more of New Orleans. We headed for the trolley route and took it west to the Garden District, the location of many of NOLA’s beautiful historic homes.(Fabulous pictures can be found on my Facebook Page, Mary Coley Author. Check it out.) We also went to the Lafayette Cemetery and sought out the nearby house once owned by Anne Rice (Vampires!) Then, we rushed back to the Marriott to attend the charity auction, followed by the party at House of Blues!

This private party was sponsored and hosted by Heather Graham. Many people, including Heather (think Janis Joplin) participated in karaoke, but the highlight was a group of mostly blonde female authors from the U.S., Scotland and England, who called themselves The Slice Girls and delighted the audience with a set of songs including some from the musical “Chicago.” Members of the group included Alexandra Sokoloff and Harley Jane Kozak, the toastmasters for the convention. The audience both cheered them on and sang along with their unruly performance. We loved it!

But the convention wasn’t over yet. Sunday, and my very own panel, were yet to come. Stay tuned! 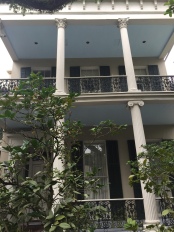